The science of structural and Earthquake Engineering helps enhance the seismic flexibility of civil structures and critical infrastructure through advanced engineering and management tools. While natural forces are extremely useful to mankind, natural disasters can wreak a havoc with hurricanes, earthquakes, tsunamis posing threat to life and infrastructure worth billions of dollars. There are many known and practiced measures to protect against seismic threats. Let’s take a look at some of the earthquake resistant techniques used by the engineers world over to minimize the damage to structures due to earthquakes:

The levitating or floating foundation separates the substructure of a building from its superstructure.

One way of doing this is by floating a building above its foundation on lead-rubber bearings that comprise a solid lead core covered in alternating layers of rubber and steel. The bearings are attached to the building and its foundation with the help of steel plates. So, when an earthquake occurs, the floating foundation can move without moving the structure above it.

In Japan this base isolation system works at a whole new level. Their design allows buildings to float mid-air. The system levitates, keeping the building on a cushion of air. The system has in-built sensors for detection of seismic activity and these sensors communicate with the air compressor that creates the layer of air between the building and its base.

Similar to the shock absorbers used in vehicles, buildings also makes use of this technology. This earthquake resistant technology helps buildings slow down and reduce the magnitude of vibratory motions. Ideally shock absorbers should be placed at each level of the building – one end attached to the beam and the other end to the column. Each comprises a piston head that moves inside a cylinder full of silicone oil. During earthquakes, the horizontal motion of building will make the piston push against the oil, transforming mechanical energy from the quake to heat.

Modern high-rise buildings use this technique to improve seismic resistance at a low cost. To make this work, a reinforced concrete core is set through the heart of the structure, surrounded by elevator banks. Many modern high-rise buildings use this technique to increase seismic resistance in an affordable way. It works most effectively when used together with base isolation. For base isolation, elastometric bearings are built with alternating layers of steel and natural rubber/neoprene. The bearing thus created has low horizontal stiffness and vertical rigidity. The combination is highly effective, cost-friendly and simple to implement.

The pendulum power technique works by suspending a huge mass near the top of the structure. This mass is supported by steel cables and viscous fluid dampers are placed between the mass and the building that it protects. In case of any seismic activity, the pendulum moves in the opposite direction to balance the energy. Each of the pendulums are tuned to sync with the natural frequency of the structure and these systems are called tuned mas dampers. Their goal is to counter resonance and reduce the structure’s dynamic response.

Generally one common criterion for seismic designs is symmetry. Seismic risks of asymmetrical designs are higher. L-Shaped, T-Shaped and split-level structures may be more visually appealing but they are also prone to torsion. Thus engineers design symmetrical structures to keep the forces equally distributed through the structure and limit ornamental elements like cornices, cantilever projections etc.

An earthquake has a significant lateral force. Seismic designing counteracts these forces in both horizontal and vertical structural systems. Diaphragms are integral to horizontal structures – such as floors of a building or roof. Engineers design each diaphragm on its own deck and strengthen it horizontally so it can distribute sideways forces with vertical structure parts.

With vertical structures, engineers have several approaches. Braced frames are often used in building walls. Braced frames rely on trusses for resisting sideways motion. Cross-bracing is a technique that uses two diagonal members in an X-shape to build wall trusses and it is a popular technique to build earthquake resistant structures.

Seismic Engineering is a very complex and constantly evolving. Seismic structural assessment is a powerful tool in Earthquake Engineering that uses detailed modeling of the structure in conjunction with structural analysis to get a better understanding of the building’s resistance. Retrofitting older structures with enhanced designs or materials is as important as rebuilding new structures from scratch. The ultimate goal of Earthquake Civil Engineering is to save lives so that the buildings don’t collapse and allow inhabitants to escape in a timely manner.

Are you looking for the detailed engineering solutions in the civil & structural engineering discipline? COVID-19: Playing Our Part in the Fight Against the Global Health Crisis

Amid the uncertainty inundated by COVID-19 outbreak, our hearts go…

The COVID-19 outbreak had completely changed the way, how we… 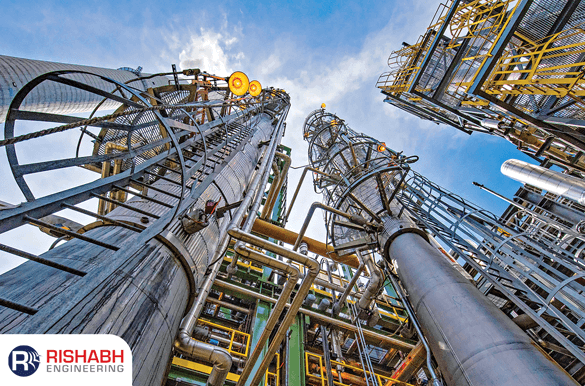 The global economy will never be the same as it…